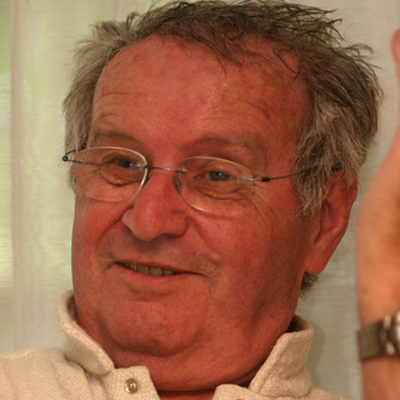 Božo Kos was one of the greatest Slovenian illustrators. All children know his works from children and youth books as well as from child magazines and posters. He was very prolific in his work and his comic strip Kavboj Pipec in Rdeča pesa – Cowboy Pipec (which means pocket knife) and Red beat, even surpasses Miki Musters work in length.

Božo Kos was born November 3rd 1931 in Maribor. As a child he lived and studied in Serbia because of the German occupation of Maribor. He visited middle school in Maribor however.

He worked as early as middle school, drawing illustrations for the newspaper Večer. His start came when he drew an illustration for a story he wrote for the paper, because he could not get a photographer. The editor quickly ordered more similar illustrations. After high school he worked as a free lancer for a while, then he got work at Pavliha, where he became chief editor in 1961. Kos didn’t think himself a comic strip artist because he was primarily a caricaturist and illustrator. All the same his most well known work is the comic strip Kavobj Pipec in Rdeča pesa.

The intricate stories, juicy dialog full of word play, innovative setting and a likable stylized drawings, were the main culprits, that the comic strip lasted a full 32 years (it started in 1959, a good decade after the birth of the Pioneer paper and lasted, as befitting a cult Yugoslavian comic strip, until the end of former Yugoslavia in 1991) and with that became the longest running comic strip series in Slovenia (Muster’s Zvitorepec in second place, lasted 21 years).

Between 1976 and 1992 he was also the editor of Ciciban (a children’s magazine) in which he previously published a comic strip without words titled Miha. He illustrated a lot of textbooks, mainly math and physics, since his primary education was in physics. His works decorate a lot of youth books like Bratovščina sinjega galeba (The brotherhood of the blue gull), Butalci, Skavt Peter (Scout Peter), Pika Nogavička (Pipi Longstockings) and others.

He received a lot of awards for his works: the award from the Prešeren fund, Levstik award, Tomšič award, Žagar award and Aritas award. “He also worked a lot in television; there shows where he illustrated stories and wrote songs as he went a long were born. For one of them, Živalski kcarneval (Animal carnival), he received the award from the Prešeren fund, together with the editor of the show.”

He created color drawings as works, that are limited to his lines and he mastered caricatures in it’s widest formal, content and extremely relaxed meaning, irrelevant if he appeared as a modern story teller, caricaturist, riddle or crossword maker.

He thought of himself: ”At first glance my illustrations seem very simple and made in one stroke. Sometimes that is true. A lot of times though, the sketch has something that I am missing in the final drawing. Then I throw away the drawing and start drawing over the sketch. I like the freedom of adding some of yourself, that illustration gives you. An author should not limit himself but he has to be honest and accurate – if he is supposed to draw a magpie it should be a magpie. For a child seeing it for the first time you can’t draw a rooster. It can be drawn in any number of ways but it has to be evident what it is. I am used to drawing on big formats, because I like that more. I draw in the morning, because I am a blackbird not an owl (Kos means blackbird in Slovenian). I can’t do it at night. I think about what I need to do at night in bed though. I don’t become more awake but ever more sleepy. Then I have to remember what I was thinking about when I wake up. I always remember but if I don’t I say I’ll do it some other time … I’m a last minute worker. I like working in my room that my wife calls the buried. Why? Because it’s full of books and my drawings, that are lying all over the place. I stand when I draw. I used to have a chair and table. We also used to have a cat that would climb on the table and lie on my drawing under the warm lamp. Then I had to get it from underneath the cat and go work on a storage shelf, which is so high you have to stand in front of it. That’s how I got used to drawing standing up and that’s how I work to this day.” – mladinska knjiga 2014

Božo Kos died April 19th 2009. He left behind a huge opus of works that every child knows. Even if they don’t know his names his works will always be part of children and youth culture in Slovenia. That’s how important Božo Kos was.