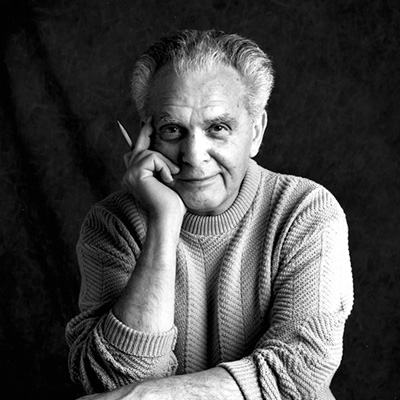 The comic book drastically influenced American pop culture. Once it was viewed upon as something with no artistic or cultural value and was frowned upon. Today we know comics are a lot more and the man that we mostly have to thank for that is one of the biggest American comic book illustrators – Jack Kirby.

Birth of an artist

Jack Kirby was born August 28th 1917 in New York under the name Jacob Kurtzberg. As a young boy he never had a mentor or a teacher for drawing. He learned from everyone that could offer him anything new. His earliest influence was Alex Raymond, a comic strip artist that drew Flash Gordon serials for papers. You’ll never find Raymond’s style in Kirby’s work though. He was always more influenced by technique and kept developing his own style in his own way.

With his talent for drawing also grew his talent for storytelling, so he decided to become a comic book artist. Even from the beginning his art didn’t try to copy reality, as was the norm back then but told unbelievable stories. You could never say the anatomy of his characters was realistic.

Bent legs, bouncy figures, extremely memorable faces and a soft feathery shadow are all typical in this period of his work. He decided to study in the Pratt institute but he had to drop out after the first day. He was forced to find a job because of financial struggles at home but he decided to find a job in his field of expertise. His job was as an in-betweener at the Max Fleischer studios, where he drew in-betweens for the Popeye cartoons. Later he also worked at the Lincoln Newspaper Syndicate where he drew political and satirical strips for three years. When he left Fleischer studios he found work at the studio of Will Eisner and Jerry Iger where he drew comics in different genres (western, science fiction, detective stories) and he signed them with different pseudonyms. Later he chose one as his legal name – Jack Kirby.

When he began work for the publisher Victor Fox, he found his domain with super heroes. For a while he penciled Fox’s hero Blue Beetle for the paper. During this time he built a strong friendship with editor Joe Simon, that later called upon Kirby as main illustrator for other studios.

In the span of 10 years the duo created many heroes, stories and comic. Their most productive period was with Timely Comics where they created characters such as Hurricane, Tuk the Cave-Boy, Mercury, the Vision, Red Raven, Comet, Pierce and last but not least their greatest success Captain America. Captain America quickly became very popular and that sped up their production but they never received the promised profits from the character so they left the studio.

Because of the fame and rezime Captain America generated them they quickly got jobs at Detective Comics – known today as DC comics, where Superman and Batman were created and published. Here their comics were full of action but they didn’t rely on it. Here their sense of humor and good story shined. They would often drastically change characters and stories that were handed to them and always enhance their quality and raise their popularity. Their more popular comic at that time were The Newsboy Legion and The Boy Commandos.

Kirby’s work at DC looks more conventional, less dynamic and held back. That was the result of the backlash comics were generating from the public at the time. Editors were adamant that the illustrators should stick with the established styles of the studio. As a result Kirby’s work is very detailed and the characters not essential.

After they returned from the army they also worked for Harvey Comics Company, Hillman Publications and Crestwood Publications. They practically invented a new genre at the former with Young Romance and Young Love – the popular romance comic. Now Kirby’s soft feathery shadow almost completely disappears, thick curvy lines appear and the textures become heavy and abstract (especially noticeable on drawings of rocks and boulders). His boyish and thin heroesbecome muscular and huge.

Together with Simon they decided to open their own publishing company Mainline Publication but it sadly didn’t last long because of distribution issues. After the war comics were seen as kitsch and were considered as inappropriate literature. As a result of this their long lasting partnership also ended.

Kirby found his new niche in comic strips for papers, where he exceled with his comic strip Sky Masters of the Space Force. At the same time he worked for Archie and Atlas group. In 1959 he worked almost exclusively for Atlas, that later became to be known as Marvel. Together with editor Stan Lee they created the first story of The Fantastic Four in 1961. Stan Lee developed a new approach to comic book production. The artist was now collaborating with the writer and drawing comics in such a way that the script could be altered as they went along. That meant the illustrator also had to be a competent screenwriter, a trait Kirby exceled at.

Under Kirby’s hand character like The Incredible Hulk, The Mighty Thor and Iron Man saw the light of day. Sometimes he would draw the first couple of issues of a comic to gain it momentum then left further issues for other artists. That’s how the Avengers and X-men got started.

When Marvel became more successful Kirby didn’t have to illustrate 5-6 books per month anymore and could dedicate his time exclusively to The Fantastic Four. Because he could focus his all on just this on field you can see a clear shift in the quality of his work. His stroke is more tense, picturesque and dynamic. Because of the long years of work on short dead lines he was trained in speed and that’s why his production in this period is very extensive. His figures are heavier and the scenes are detailed to the point that his illustrations of machinery became his trademark. The muscles of his characters became more complex and robust.

In the early 1960s you start to sense the influence of the psychedelic scene in his work. He used stylized geometric shapes that gave his comics a new artistic identity. In the late 1960s his work reached it’s peak in quality when he started using abstract curves and the textures became even more wild and daring. His illustrations were a controlled explosion of color and form.

After almost 100 issues of The Fantastic Four he decided to leave marvel in 1970 to rejoin DC where he worked on the series Jimmy Olsen, Kamandi, The Deamon, Our Fighting Forces, etc. He worked at DC until 1975. He worked for Marvel again for a brief period from 1975-1978 until he started to deal with animation again.

He worked on some of the most popular cartoons of the time and in the 1980s helped start the independent comic movement. He retired in 1987 and died February 2nd 1994.

“I believe Kirby invented this approach. He figured it out and implemented it almost from the very start: Don’t draw something that leads the eye away from the story. The story is the driving force. Make sure the drawings move it forward. The composition of the page should keep the reader’s eyes on the page until the last panel and then that panel should facilitate the turning of the page. Backgrounds should set the scene and indicate reading direction.”

“He created a new grammar of storytelling and a cinematic style of motion. Once-wooden characters cascaded from one frame to another — or even from page to page — threatening to fall right out of the book into the reader’s lap. The force of punches thrown was visibly and explosively evident. Even at rest, a Kirby character pulsed with tension and energy in a way that makes movie versions of the same characters seem static by comparison.”