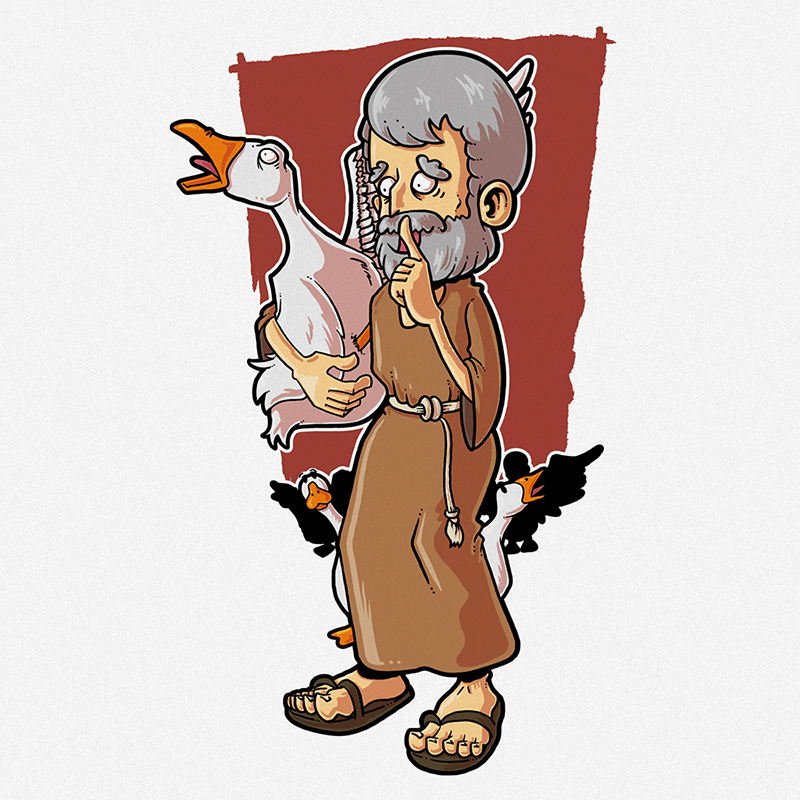 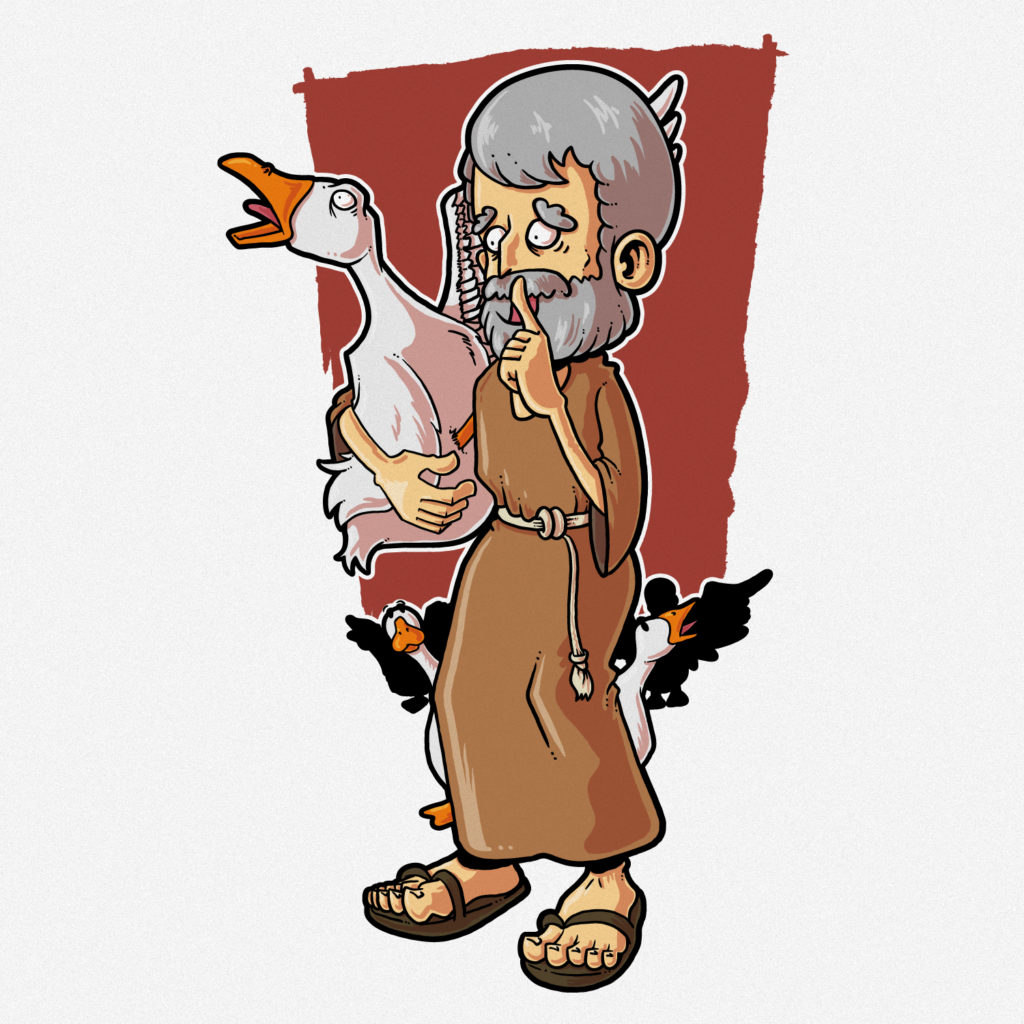 So today is St. Martins day. Or, as we in Maribor call it, the “Styrian New Year”. Why do we call it that? Well around here, St. Martin is the patron of Wine making. Slovenian Styrians are kind of known for heavy drinking habits. So in Slovenia St. Martin’s day is known as “Martinovo” and is a pseudo national holiday celebrated all around the country but especially in Styria.

Who was St. Martin? He was a Roman soldier known for his charitable habits. His most well known gesture is giving away half of his army cloak to a beggar. Later in life he became a monk and hermit. He was very well-loved by the people but very humble. When they elected him to be the new bishop, he hid in a barn full of geese. Unfortunately the geese were so loud that they gave him away. From then on he is often depicted together with a goose.